Luxembourg’s Digital Skills and Jobs Coalition picks up the pace

“When the European Commission launched the Digital Skills & Jobs Coalition and called for Member States to follow suit, it unleashed a cascade of national initiatives – from Belgium to Bulgaria, Sweden to Slovenia and Luxembourg.

Governments, schools, companies, non-profits and organizations pledged to play their part in facing down what has become the crux of every modern economy: digital skills.

Early conversations about technology’s rampant takeover or uncontrollable acceleration have been replaced by perhaps the more sobering reality that technology isn’t going anywhere fast until society is ready. In this case, readiness is measured by digital skills.

These National Coalitions cropping up across Europe – some brand new, others formalized versions of what had already existed – work to overcome a growing divide between the supply and demand of these future-proof skills.

Here at home, in line with the Digital Luxembourg initiative, the first chapter of Luxembourg’s own Digital Skills and Jobs Coalition launched in May 2017.

On September 27, 2019, this initial response will be reinvigorated with an experienced governance board composed of Digital Luxembourg, Chambre de Commerce and Chambre des Métiers .

The relaunch of the National Skills & Jobs Coalition ushers in a new action plan and revived digital skills calendar – from info breakfasts to matchmaking events to mini-conferences. For everyone involved, this next phase is an act of solidarity as each year compounds the need for future-proof citizens.

The Coalition brings together private and public stakeholders to establish a national agenda and coordinate concrete actions for accelerating the region’s digital skills.

On Friday morning, organizers, including new coordinator Marina Andrieu of WIDE , presented the main objectives and action plan, reflecting their resolve to grow a national digital skills aptitude that is surpassed only by an appetite for more.

If you haven’t yet, then join the National Coalition and help grow the number of digitally skilled citizens!” 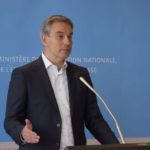