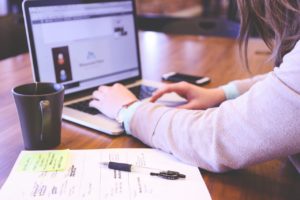 The Digital Skills and Jobs Coalition Luxembourg brings together private and public stakeholders who take action to tackle the lack of digital skills.

The Coalition is open to members – ministries, governmental agencies, schools, companies, social partners, non-profit organisations and education providers – who want to work collaboratively to bring solutions to the digital skill gap in Luxembourg and Europe.

By connecting different stakeholders from the public and private sectors, the Coalition strives to develop concrete measures through active involvement in order to bring digital skills and competences to all levels of the economy and society. Moreover, the National Coalition pledges further coordinated action to identify and share best practices.

The concept of Coalition for Digital Skills and Jobs was launched by the European Commission in 2016 with the goal to get members states, as well as private and public sector to collaborate on an agenda for digital skills.

Launched in 2017 in Luxembourg, with several Ministers and in collaboration with The European Commission, more than 500 participants joined to be part of the initiative and to start to take action.

In 2019, WIDE – Women in Digital Initiatives Luxembourg Asbl became the new coordinating partner of the Coalition.